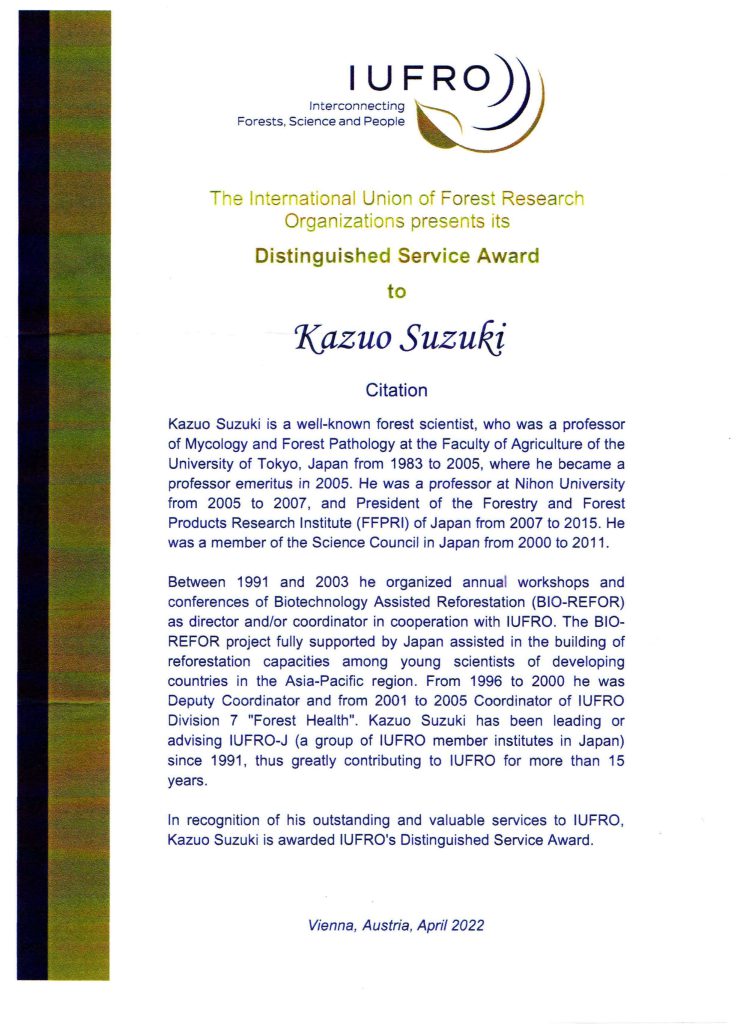 Professor Emeritus Kazuo Suzuki received the Distinguished Service Award(DSA) from IUFRO (International Union of Forest Research Organizations). His outstanding and valuable services to IUFRO are described in the citation. IUFRO was established in 1892 with headquarters in Vienna, Austria. It unites over 15,000 scientists at roughly 650 member organizations in more than 120 countries. He is the fifth Japanese recipient of the IUFRO DSA.